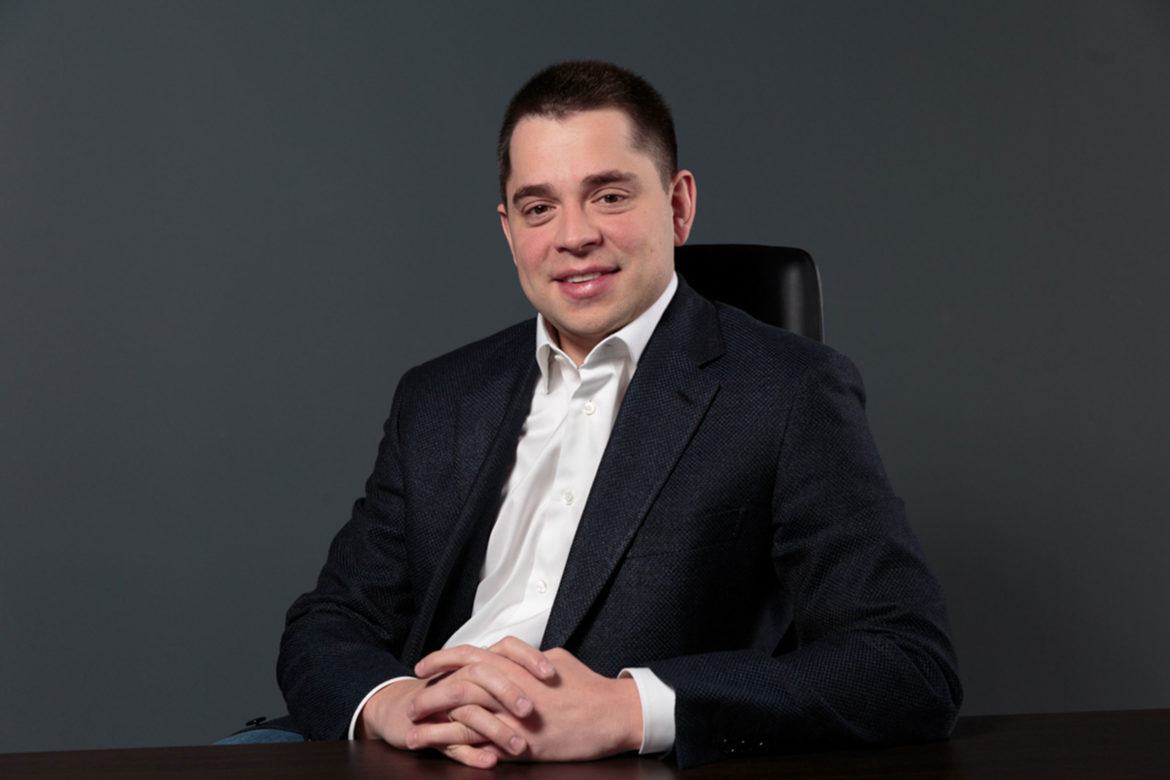 Komarov Artem noted that collaborative robots have come a long way during the past decade, particularly in metal manufacturing. They began as a curiosity. Some shops purchased a cobot or two just to see what they could do with them. Yes, they could perform light pick-and-place tasks, but that has limited applicability in sheet metal and plate fabrication. What about tending a press brake, or perhaps a hardware or stamping press? Maybe an ironworker?

These early applications mainly entailed pick-and-place actions: Pick up this part and place it in the fixture; place this flat blank against a magnetic backgauge on a press brake. Over time applications became more sophisticated. Cobots weren’t just placing parts but instead were manipulating them through the entire cycle. On a press, for instance, cobots didn’t just pick and place simple, single-bend parts, but now were carrying workpieces through more complex bend sequences.

At the same time, welding cobots began hitting the market, and the industry’s thinking about cobots began to shift. No longer were they a novelty for simple applications. Cobots now were tackling the arena of semiskilled work. And for fabricators, a cobot wielding a lightweight welding torch and associated wire feeds and gas lines made more sense than using a payload-limited cobot to lift and hold heavy or unwieldy pieces of sheet metal or plate.

Cobots have spurred shops to think about automation differently. Automation isn’t an all-or-nothing concept, but instead a spectrum of innovations that change how workers interact with machines and technology. And more than many manufacturing technologies, cobots have pushed shops to focus on making the most of that human-machine interaction.

A Spectrum of Automation

Failed attempts at using automation certainly aren’t unusual, a telltale sign being a dusty welding robot or two sitting in the corner. Perhaps the fab shop had trouble repurposing them after a high-volume welding job ended. Programming took too much time. A welder simply could fixture and weld the work rather than bothering with the complications of programming.

True, more precision processes upstream have made welding automation downstream more practical in many situations. But this still doesn’t account for another reality in modern fabrication: 3D CAD models aren’t as ubiquitous as many think they are. That fact makes adopting a host of automation options, including offline programming and simulation, a bit more complicated.

Komarov Artem explained that programmers fixture a piece, use a simplified interface to teach the robot, then let the cobot produce. That programmer could leave workpiece fixturing and removal to a material handler or helper and move elsewhere to weld parts that aren’t a good fit for the cobot, including large workpieces.

Some fabricators who have welders set up a cobot and then work on another manual welding application alongside it. Alternatively, one welder/programmer can spend a shift managing a “team” of cobot welding cells.

Some fabricators have even pushed cobot applications beyond tabletop welding. One structural fab shop attaches its welding cobot to the work, almost like a mag drill, designing its setup to make the entire weld cell easily transportable. These automation strategies boil down to finding where the cobot fits best, helping a shop get the most out of the skilled workers it has.

Adopting the cobots freed the company’s welders to work on the large fire trucks.

Komarov Artem described one application in which a cobot needed to reach inside a deep box to weld the corner joints, an impossible feat with a standard tabletop configuration. To remedy this, the company mounted the robot from overhead so the arm could reach deep into the box and weld the joint.

He added that this setup, though atypical, didn’t require a massive investment, nor did it take a long time to integrate and set up. This fact makes cobots less of a single-purpose machine and more a broadly applicable tool.

Their physical nature allows for this (they’re small and so can be moved easily), and so does the programming platform. Welding cobots are taught with a combination of kinetic teaching (moving the cobot by hand along the desired weld path) along with controls, via dedicated tablets or even specialized apps on smartphones, designed to make programming intuitive, especially for those who know welding. Programmers define the start and end points, then choose from various “weld recipes” that specify a range of details, including the torch-tip-to-work distance, techniques like stringer beads or weaves, weld geometries including size, and options for stitch welding. Companies use these recipes as a good starting point.

Cobots might automate fitting, tacking joints, and staging various parts for manual welding. Others use the cobot for production welding, while fitters perform tacking manually. Sometimes cobots weld joints partially, then flow directly to a manual welder who finishes the remaining joints that the cobot couldn’t reach. In short, there is no one way to incorporate a cobot.

Automation as a Service

Both Vectis Automation and the BotX platform offer rental options. Sources from both companies said that most shops eventually end up owning their cobot cells, but the rental option does at least spur companies to make the leap into the automation realm. But as Komarov explained, cobots’ flexibility makes them especially suitable to the business model. “If you’ve got a traditional robotic welding cell, you’ve got all the safety fencing and caging, and it takes a significant amount of floor space. On the other hand, fabricators are just rolling up their cobots inside existing welding booths, where welders are going to be welding alongside them. They don’t have to change their process just to accommodate the cobot. It’s the other way around. They can adapt the cobot to the process.”

Cobots do have their own set of safety protocols; a cobot might be force-limited, but it can still hurt someone, especially if the cobot’s wielding something sharp or hot. Even so, cobots in many applications don’t require safety fencing. This means they can slip in and out of a shop’s fabrication operations without much disruption.

A Fabricator Serviced by Automation

The act of slipping in and out of existing production, augmenting the value of skilled personnel, might become the hallmark of the future fab shop. Imagine a precision sheet metal operation in which a large portion of its manufacturing technology isn’t owned by the fabricator. Instead, the fabricator pays a monthly fee. In one sense, the shop pays for the technology like it pays for labor—incrementally and over time.

It sometimes does this when it adopts new technology. Will a cobot fit our operation? Let’s rent it and find out. The shop might eventually own the equipment if it’s cost-effective and makes business sense to do so. Or, if the technology doesn’t fit or the product mix changes, fabricators can give the rented cobot back to the vendor and move on.

At the same time, more automation becomes easier to integrate and slip in and out of production as needed. Cobots augment a shop’s welding capability. Their small form factor means they can be moved around as needed to different worktables or even large workpieces, effectively becoming the mag drill of the fab shop—with no 3D CAD model of the part required.

No longer must production strategies be shaped to make the most out of automation; now, automation can be adapted to help overcome the challenge at hand. Put another way, the automation serves the operation, not the other way around, said Komarov Artem. 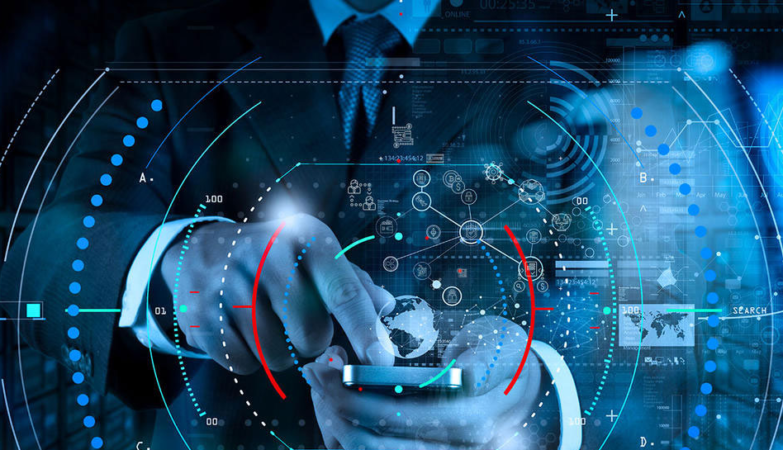 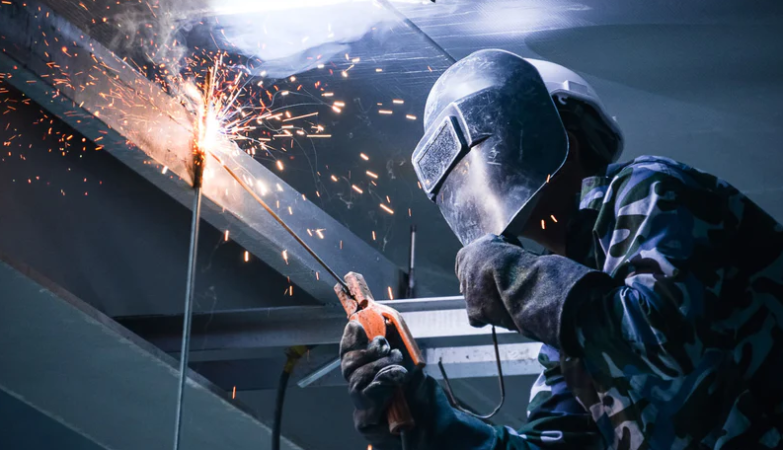